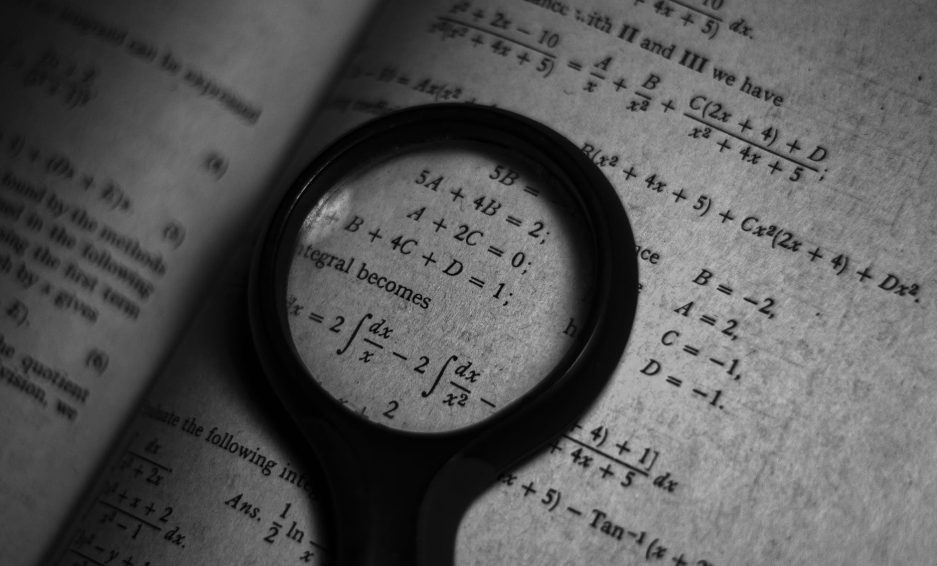 The standard definition of mathematical fiction is fiction where mathematics plays an important role, but I think it goes beyond that. There’s more to the genre than fenagling formulas into the plot like there’s more to science fiction than just adding technology or time travel.

But what is it then? That’s what I’ve been trying to figure out. It seems fairly straightforward on the surface, but can (or at least) grow and change like other genres. It can be reinvented and analyzed from different angles, experimented with in new ways. So I believe that the definition can be expanded.

Here’s what it means to write mathematical fiction.

A New Kind of Beauty

Mathematical beauty has a definition of its own. Take a look at the shapes of a stained-glass window, the lines and angles of a cobweb, or works of art by M. C. Escher or Salvador Dali. They all reflect a certain creativity but with a mathematical precision, and that’s essentially what mathematical beauty is: the beauty found in that design and precision.

In a way, this same kind of beauty applies to writing. No doubt writing is a creative medium, but as writers learn their craft they begin to understand the formulaic and technical aspects of writing such as plot. But it’s not that you have to follow a certain formula absolutely: that’s where the creativity comes in. The beauty of both the creativity and the technicality of a story comes through together.

This is where the genre can take advantage of those things. Mathematics may play an important role in mathematical fiction according to some, but the math behind the story doesn’t have to be in your face. I feel like Lewis Carroll’s Alice in Wonderland is a great example of this. Even if it may be a satire of the new age of mathematics, the beauty and nonsense creates a new world where laws of math and science that we know takes unexpected turns, leaving you invested, even in a children’s story (I mean, it’s called Wonderland for a reason). In this case, math enhances both the technicality and the beauty of the world, something we don’t often recognize.

A New Way of Looking at Things

Stories are meant to make us look at things differently. They make us think, and by extension so does mathematics. Like the Ernest Hemingway line I quote so often, I don’t think we’ll understand everything there is to know about mathematics like we won’t understand everything about writing. But we can at least try to use them both to examine the world around us.

Another iconic yet weird example of mathematical fiction that does this to an extent is Edwin A. Abbott’s Flatland. Now this book is INSANE (if you had to read it in high school or college you’ll know this), but the mathematical concepts it uses says a lot. That’s probably why it’s still taught in schools today. It uses mathematics to make you think, demonstrating that the genre does more than just include math behind it. If anything, the use of mathematics in the book to discuss other fields like sociology, history, and even religion shows how the genre puts a new spin on how we see the world around us.

A New Way to Write

With these things in mind, mathematical fiction becomes a new way to look at writing and a new way to look at a story. It’s not just that mathematics is simply there, it’s how its role functions. It can help create worlds and make you think just like other genres and aspects of writing do. It has the ability to work with a story to make it better. So if you think about it, mathematical fiction is more than just math and fiction. It should be defined as math and fiction working together and creating something bigger.

Want to know more? Check out some of my other posts while my portfolio is under construction! You’ll also find some helpful links to my work in journals in the Original Writing page. You can find me in Ariel Chart, The Cedarville Review, Nailpolish Stories, Bluepepper, 50 Word Stories, The Aurora Journal, Writing in a Woman’s Voice, The Drabble, and Anti-heroin Chic, Art of Autism, Your Daily Poem, and Sledgehammer Lit. You can now also find my FREE microchap at Origami Poems Project, which I am also offering here.

Need help proofreading a story? You can find me on Fiverr!

View all posts by emfoster227

One thought on “Mathematical Fiction: A Definition”